The houses on Sleggveien, Slag road, give some idea of the social history of the mining community. In the five houses at the top of the road lived day labourers, craftsmen, gypsies and others who had no permanent work for the Copper Works and no land to farm.

Many of the women who lived here earned a living as domestic servants in the houses of those who were better off. Among the craftsmen living in the street were a cobbler, a clock and watch repairman and engraver and several musicians. One of the houses was occupied until 1950.

During the summer months some of the houses are open to the public, do pay them a visit and for more information please contact the museum guides who work there.

Since 1999 the museum’s craftsmen have worked on the restoration of the houses in accordance with the principles of antique preservation.

During the summer season some of the houses in Sleggveien are open to the public. Free admission. 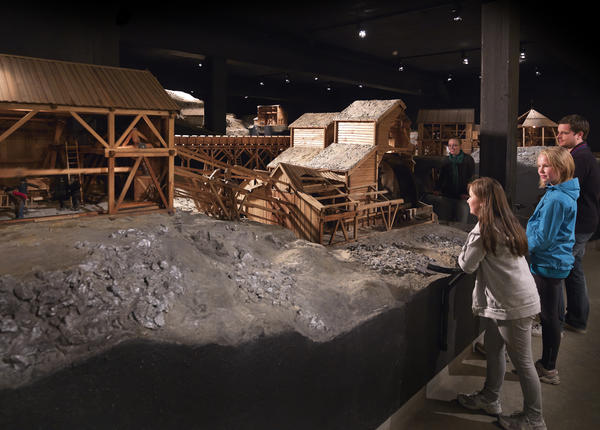 The Røros Museum’s main building, Smelthytta, is built on the ruins of Røros Copper Work’s last smelter, which burned in 1975. The exhibitions at Røros Museum Smelthytta are open all year, with the exception of a few holidays.